Getting an annual flu shot or having blood drawn for any kind of medical testing aren’t going to be many people’s idea of a good time, but for many suffering from trypanophobia, these procedures are more than just a slightly inconvenient variance from the daily grind. For nearly 50 million Americans, the idea of a needle piercing the skin in any capacity is quite literally a traumatic and terrifying experience.

If you’ve ever taken a child to the doctor’s office for shots, you know it can be a challenging affair. It doesn’t take a medical expert to know that children hate getting shots for one obvious reason: shots hurt. Children are especially sensitive to needle pricks as they cause a sensation that’s both unfamiliar and unpleasant and even at a very young age, the mere presence of a needle or medical environment can be enough to have children on edge. Adults, on the other hand, are accustomed to these types of sensations and have a decidedly higher threshold for pain. And while getting an injection at the doctor’s office might not be any grown adult’s favorite pastime either, it’s usually that big of a deal either.

As far as why some adults never outgrow their hypodermic needle apprehension, doctors can’t definitively say why. As with all phobias, the fear of needles can sometimes be attributed to previous traumatic episodes or lingering negative experiences. Growing up with parents or guardians who have an aversion to needles can also be a contributing factor as attitudes and fears are learned by younger generations.

In his clinical review “Needle Phobia: A Neglected Diagnosis”, Dr. James G. Hamilton even suggests that the root of the problem is evolutionary in nature. He argues that for thousands of years, humans who avoided being stabbed or pierced by sharp objects simply lived longer and that our collective reluctance to needles is a lingering result of such.

What are the types of needle phobia?

There are four primary varieties of needle phobia: vasovagal, associative, resistive, and hyperalgesic.

How common is needle phobia?

Keep in mind that there’s a clear distinction between simply not liking needles (which few people do) and actually experiencing an irrational physical and/or emotional reaction in response to a needle. It wasn’t until 1994 that trypanophobia was recognized as an anxiety disorder and studies show that only 3.5% of the population possess the characteristics to be diagnosed with such. However, the actual number of individuals with a non-diagnosable aversion or fear of needles is much higher with studies showing figures closer to, at minimum, one in five people. Also consider that many who are apprehensive toward needle procedures may simply avoid doctor visits altogether, thus never putting themselves in a position to be diagnosed or treated. So it’s impossible to say exactly how many people are affected.

How do I overcome trypanophobia?

One way people have overcome their aversion to needles on their own is through a moderate intervention known as exposure therapy. By subjecting yourself little by little to images and videos of needle procedures, and eventually the real thing, you may find the experience less jarring over time.

Of course, this process isn’t for everyone. If you are prone to fainting, severe anxiety, physical illness, combativeness, you may want to seek professional assistance from a psychologist or counselor. This is especially true if you are diabetic or have another issue that requires daily or frequent injections. Most adults require shots so infrequently, that immediate professional assistance is not necessary. In the most extreme of circumstances, your doctor may prescribe anti-anxiety or sedative medications to help ease the stress associated with needle procedures.

What Should I Expect From a Priority Health Test?

Priority Health Testing offers several health testing options in a range of categories and many do require a blood sample. We try to make our processes as quick and as painless as possible for our clients. Unless the particular test forbids it, we recommend drinking plenty of water ahead of your test. Doing so will help to hydrate your veins and make your draw even quicker and easier. And if you or your child are apprehensive about the pain caused by the needle, check to see if the facility near you offers “Quiggles”, a kid-friendly device that offers a soothing vibration and cold compress to the draw area (and don’t worry, plenty of adults use the penguin-shaped device as well). If you ever have any questions or concerns about our testing procedures, feel free to contact one of our care counselors who’ll be able to clear things up and, hopefully, put your mind a little more at ease. 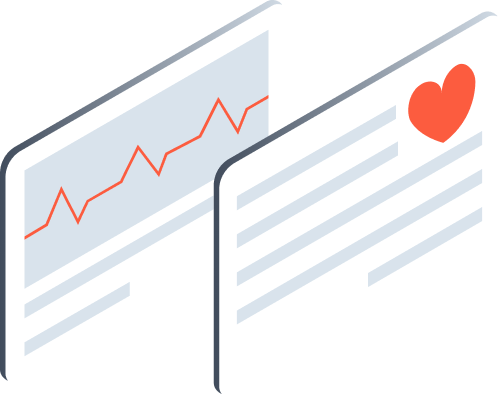 Pregnancy Tests: How Do They Work (and Which One Is Right For Me?)

When you’re needing to purchase and take a pregnancy test, it’s perfectly normal to be...

What to Expect From Your First Prostate Exam

Approximately one in nine men will be diagnosed with prostate cancer in their lifetime. Ho...

Stop me if you’ve heard this before, but breakfast is the most important meal of the day...

Pregnancy Tests: How Do They Work (and Which One Is Right For Me?)

When you’re needing to purchase and take a pregnancy test, it’s perfectly normal to be...

This test can't be purchased with other tests